On July 20, 2022, Rob Waldron, CEO of our partner Curriculum Associates (CA), joined us to share how his unique, early-career experiences helped to shape his current perspective and his mission to leave a lasting impact on the education system for both teachers and students alike.

Interviewed by our board member Raj Sisodia, co-author of Conscious Capitalism: Liberating the Heroic Spirit of Business and professor at Conscious Enterprise, Rob expanded on his core values and the impact of leading consciously and creating a culture grounded in a Higher Purpose.

Spending part of his early career in New York City at one of the world’s largest financial institutions, Rob was struck by the desire to make a difference for those in need so he began volunteering at a nonprofit just eight blocks away from his job. The stark difference in the quality of life between his colleagues in finance and the underserved population in such close proximity brought Rob to the realization that he wanted to do much more than volunteer his spare time.

Early in his conversation with Raj, Rob recalled a concept found in Jim Collins’s “bug book.” Rob asked himself the same questions that Jim did as he tried to define himself and his values by studying himself as one would a bug.

“What’s that bug meant to do?” Rob asked himself at the time. To truly make a positive impact on the world, Rob answered, “This bug is meant to run a for-profit edtech company that actually makes a difference to kids, particularly kids that are marginalized, Black and brown kids, all sorts of different identities, but also kids in poverty.”

With that purpose in mind, grounded in his early life and career experiences, Rob set out to fulfill his purpose and joined CA as their CEO.

Treat your employees well and the rest will fall into place.

As a Conscious Leader, Rob realized right at the onset of his tenure at CA that he had to do right by his employees, and with that he saw that his employees worked harder and more collaboratively to meet the needs of his clients, who then became long-time, loyal customers.

Citing some of the theories found in Raj’s book, Conscious Capitalism: Liberating the Heroic Spirit of Business, co-authored with John Mackey, Rob shared, “The principles—do what’s best, treat people with respect, be a great employer—there’s a relationship to our success with shareholders … Being a great employer led to greater shareholder [relationships].”

Frank Ferguson, the founder of CA, let Rob know after he was hired that he’d have to remain in his position for at least 20 years to gain equity.

Initially, Rob was put off by the thought of a 20-year commitment: “The long-term thinking, Raj … when Frank first did this 20-year thing, I was frankly angry.”

But eventually, he realized that the ability to consider the future actually has a positive impact on the way he makes decisions in the interest of the company, saying, “It turned out to be a great gift because it forced all of us, the management team, to focus on a 20-year view. … It really shifts you because every decision you have to make has to be what’s best for the next 15-20 years.”

Recruitment is the first place Rob and his team start to ensure the company remains values-aligned from the top down. Even as the CEO, Rob oversees or participates in a large proportion of the recruitment and hiring decisions.

“Among the roles that I have … is to really test the values and the passion and to make sure that we have people that are humble, who are kind, high confidence and low ego, and we focus on that and it’s amazing what a virtuous cycle that can be if you can get people whose values are aligned.”

The way Rob sees it, finding the right candidates, hiring them and treating them well, leads to them being able to steward the company’s culture and values, which leads to them treating internal and external stakeholders with respect and diligence, and so forth.

A major aspect of truly Conscious Leadership is humility and the ability to learn from others. When he first became a leader, Rob realized he was falling into the trap of managing more than he was leading, so he leaned on his colleagues and teams to share their feedback and help him grow.

“One thing that was helpful for me early on, when I first managed people I recognized I wasn’t very good and I had no idea what I was doing … Now I try to keep the humility to really pay attention to what the great people who work here are saying, be their advocate, and do what they say … Great listening is part of being a Conscious Leader.”

Don’t be afraid to fail.

Failures can be learning opportunities. Like many Conscious Capitalists have shared, being afraid to fail can be paralyzing, but coming to terms with the fact that failure is a part of life and leadership allows you to grown and learn from your decisions.

Rob, who has guest taught a number of classes for Raj’s seminars at the Conscious Enterprise, ended with this: “Get comfortable with failure … it’s okay, you’ve got to get up again and try again. If you’re not risking it, it’s not worth trying.” 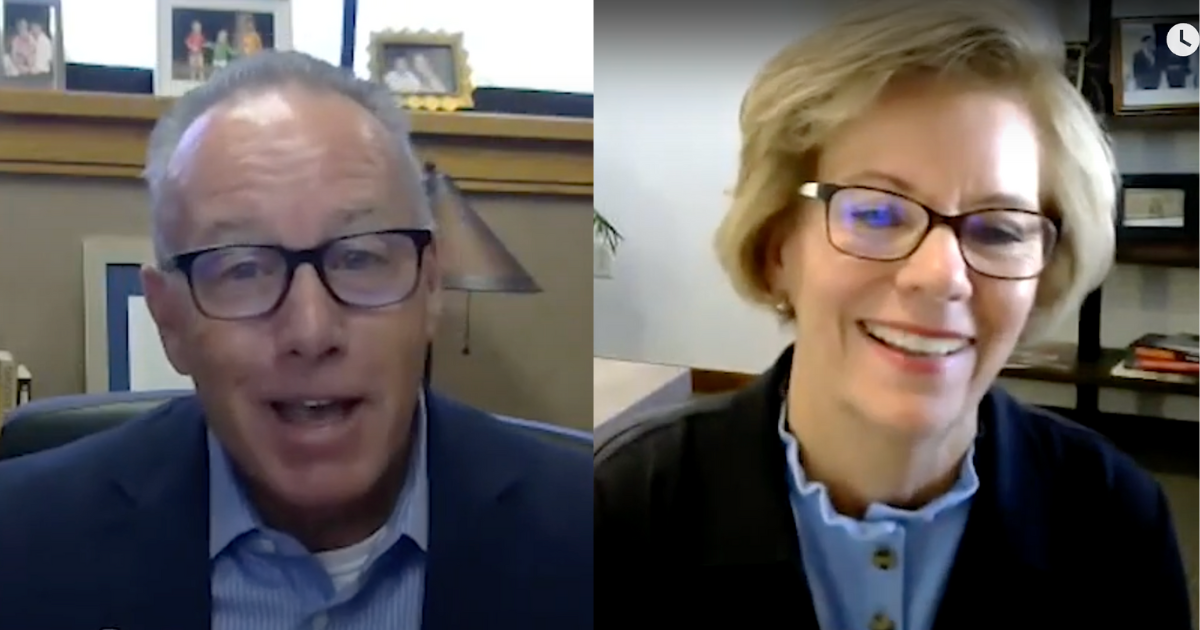