Agata Antonow and Aleksandra Corwin of Round Table Companies

A man tired of struggling paycheck to paycheck walked into the gleaming glass and wood-accented lobby of a bank in Durant, Oklahoma, and was greeted by a 27-year-old personal banker named Katie Knight. He’d gotten hooked into a vicious cycle of payday loans, and didn’t have enough money to make it through the week. He was here as a last resort.

First United Bank advertised with commercials that asked people to bring their financial challenges into any branch, guaranteeing that they could help troubleshoot even the stickiest of situations. Two weeks after his initial visit, the man was back, but a familiar face in the lobby caught his eye.

“Hey, you,” he yelled across the lobby and strode over to come face to face with Greg Massey, the bank’s CEO. Massey reached out to shake the man’s hand and introduce himself, but was interrupted. “I know who you are. I’ve seen your commercials on TV and I always thought you were full of crap.”

Massey was taken aback by the comment. He had dedicated his life to building a bank that served the needs of the community in a conscious way, and had recently committed to a new “Spend Life Wisely” movement that focused on improving people’s quality of life in four areas: financial well-being, health and wellness, faith, and personal growth.

“I thought I’d come in here and test you,” the man explained, wagging his finger at Massey. “I didn’t have enough money to last through the week, and nothing to lose.”

First United had recently transitioned their traditional teller and new account positions to a personal banker model staffed only with certified financial professionals ready to help anyone who walked through the door. Massey had been clear for decades that his purpose as the owner of a bank was to help people allocate their resources wisely, and the latest lobby transformation helped the bank lean into that purpose. Now, all personal bankers have authority to make a wide range of decisions to support customers in their financial struggles, and the financial support services are provided free of charge.

Knight had quickly gotten to work on a budget and plan to help to help the man make it to his next paycheck, and she devised a timeline to make sure he had enough to eat and make payments on his bills. She continued to meet with him weekly to monitor his progress. The only problem was that his new budget required that he cancel his cable subscription until he got back on track.

“This is great, but I sure do miss my Western channel,” he had lamented to Knight on his last visit.

Today, however, he had a smile on his face.

“Because of your folks working with me over the past two weeks for the first time, I have money left over this month,” he said as he slowly shook Massey’s hand. In his other hand he held a package—that day the First United Bankers had pooled their money to buy him a package of Western DVDs.

We all “spend” our lives, including our money, energies, and time, and First United Bank is on a mission to encourage people to spend wisely to have the life they want. “The four pillars are all interrelated,” Massey said. “When you’re healthy, you’re able to invest. When you’re financially free, you’re ready to do other things.”

Each new lobby is organized around common spaces that are open to the public and available for anyone to use. There are community rooms, community calendars, computers, books and resources around their four pillars, and coffee and refreshment stations ready for anybody willing to stop in.

“It’s not about cashing checks anymore,” Massey reflected later. “It’s about asking people to lean in, get engaged, and grow.”

First United Bank is a rapidly expanding community bank in Oklahoma with $6.2 billion in assets. They are part of a culture of community banks dedicated to helping local businesses and individuals run their operations and lives in accordance with the principles of Conscious Capitalism.

Massey comes from a long line of bank executives who are part businessman, part public servant. He is quick to point out that the history of community banks demonstrates that most serve their communities under a model of conscious business. To Massey, that means above all running a business with a higher purpose, which extends into all areas of a person’s life. “The large mega-banks have given banking such a black eye,” he said. “But the vast majority of banks are small- and medium-sized conscious businesses.”

In his 24-year tenure as CEO, Massey has expanded First United to over 85 bank and mortgage locations, often by acquisition. “So many times I have talked to bank owners who held off on selling their business because they just wanted to be acquired by someone who would take care of their communities.” Taking care of their stakeholders—customers, employees, shareholders, communities, and partners—is what First United does best.

Massey has taken the principles of Conscious Capitalism and also applied them to his municipality and church. He is part of an initiative, Imagine Durant, which aims to help the Durant community thrive. This group applies ideas of stakeholder integration and a higher purpose to make a difference in the lives of individual residents by starting conversations about what needs to happen and then finding solutions.

Answering the question, “Why do we exist?” helped leaders throughout the Durant community focus on the areas that needed the most help. Massey collaborated with Chief Gary Batton of the Choctaw Nation, the largest employer in Durant, to brainstorm how Conscious Capitalist principles could build a conscious community based on a long-term vision.

Through Imagine Durant and Massey’s partnership with Batton, the community was able to bring a Boys and Girls Club to Durant to serve children in need of after-school programs. Together, Massey, Batton, and other engaged citizens raised the proceeds to bring a safe haven for learning and growth to the children of Durant. The community has also invested heavily in a walking-trail project, which provides a safe place for community members to focus on their health and connect with each other, and which has been developed alongside a downtown realization project aimed at creating a beautiful gathering place for all to enjoy. Up next is a project that pairs retired school teachers with children to improve their reading skills.

Massey says the number of citizens, civic managers, businesses, and non-profits that are leaning in and creating positive change have blown him away. As Senior Vice President/Senior People and Culture Officer Melissa Perrin phrases it, “it’s changing behaviors.” Massey agrees and acknowledges that that is his goal. “The only way you can change a state, or a nation, is one person at a time.” And that is Conscious Capitalism at its finest. 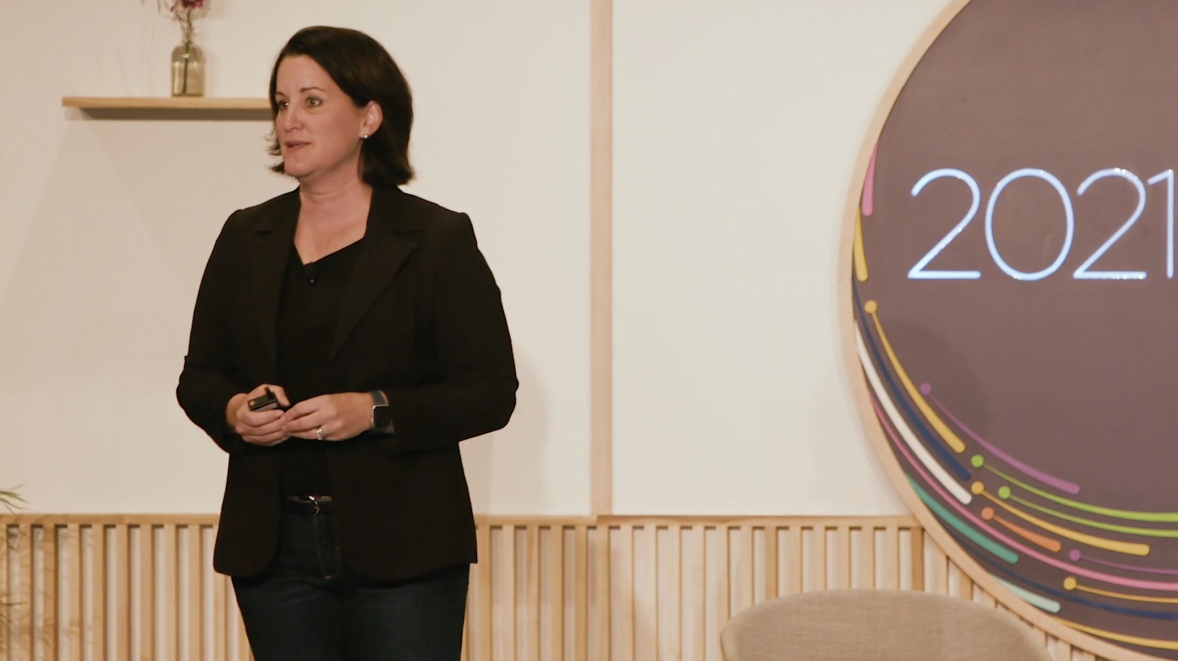 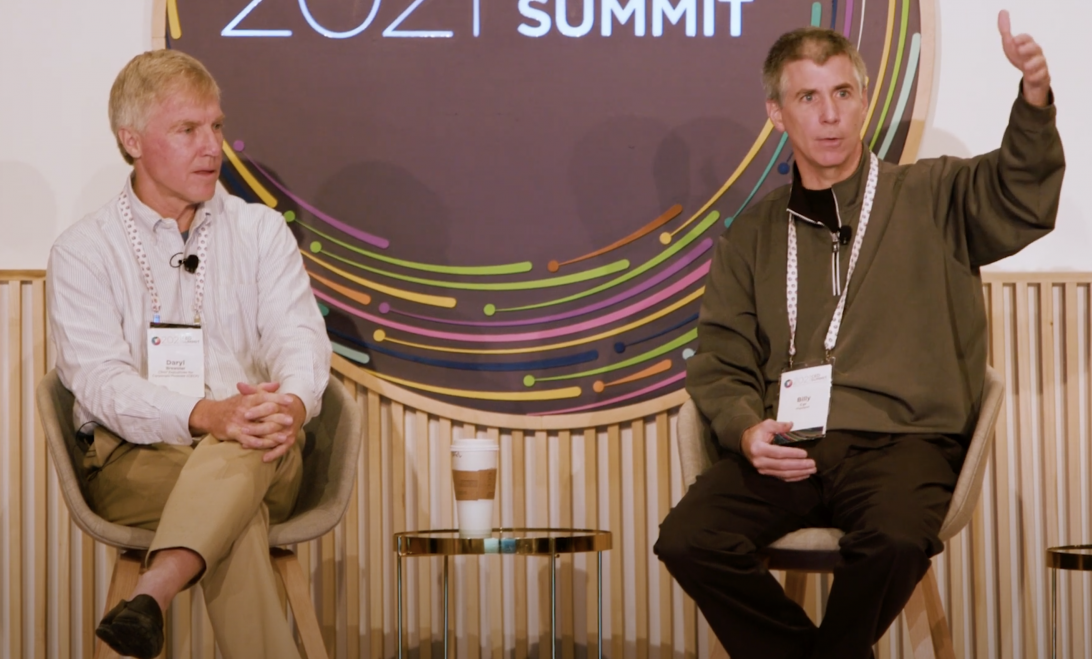 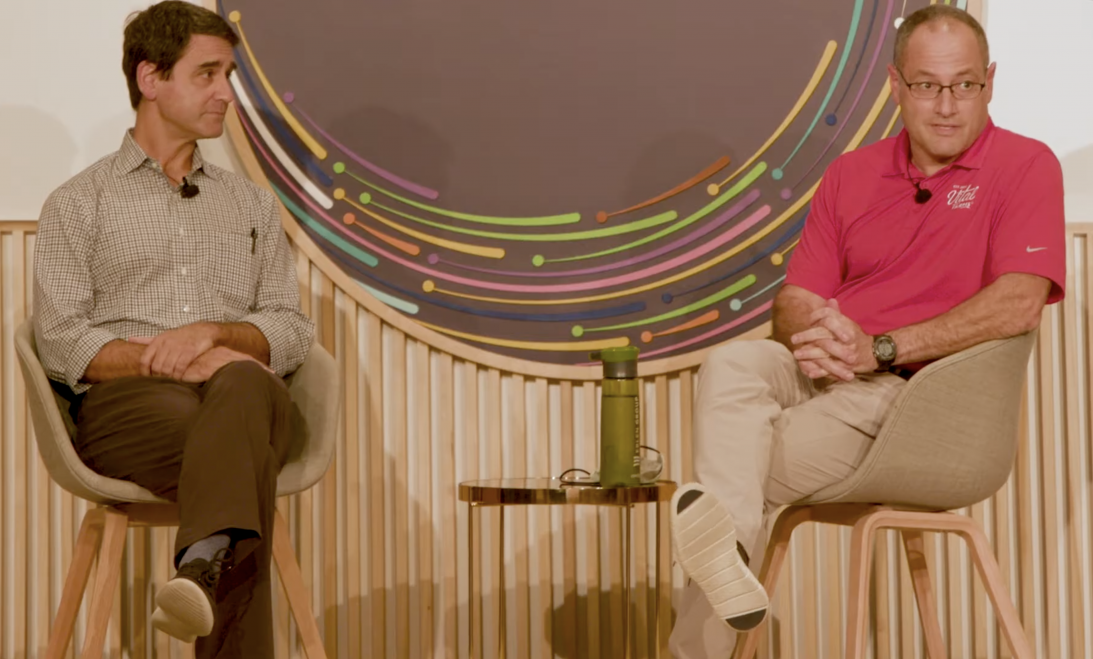 The Four Tenets with Russell Diez-Canseco and Vital Farms