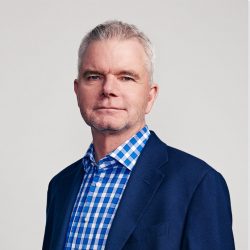 Over the years, the company has been lauded for its focus on its original concept, proprietary inventory mix and its unwavering commitment to its employee-first culture. The goal was never growth for growth’s sake. Rather, it was to adhere to the company’s seven, values-based Foundation Principles, which mirror the tenets of Conscious Capitalism. The Container Store’s quirky, “yummy,” servant leadership culture landed them on Fortune’s “100 Best Companies to Work For” 19 years in a row, including #1 twice and #2 twice.

Tindell’s book, Uncontainable: How Passion, Commitment, and Conscious Capitalism Built a Business Where Everyone Thrives, has become a handbook for similarly minded companies and entrepreneurs everywhere.

Over the course of his career, Tindell has been presented with numerous awards, including Ernst Young’s Entrepreneur of the Year, and the National Retail Federation’s Innovator of the Year and Gold Medal Award. Tindell was inducted into the Retailing Hall of Fame, the Dallas Business Hall of Fame, and the World Retail Hall of Fame.

Tindell passionately believes that retail is the best profession a person can choose. He is past Chairman of the National Retail Federation and continues to serve on its Board and Executive Committee.

He currently serves on the Boards of Conscious Capitalism, Inc., JUST Capital, and the Southwestern Medical Foundation.

These days, he devotes the majority of his time to shifting the paradigm of business from a shareholder supremacy model to a stakeholder-oriented model.