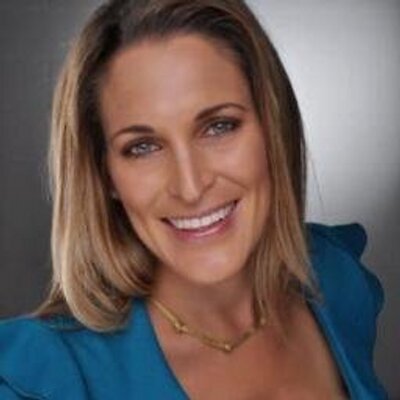 “I always knew that I wanted to work on poverty,” says Vanessa Bartram, founder of WorkSquare, a Miami temp agency and South Florida’s first certified B-Corp. Launched in 2008, the social enterprise finds jobs for low-income clients, many of whom are immigrants, and provides training designed to improve their financial stability.

Unlike traditional staffing firms, WorkSquare doesn’t charge corporate clients exorbitant fees to hire their temps on permanently. Rather, it encourages clients to employ their staff as quickly as possible. “Our business model is totally geared toward helping the low income, marginalized sector of the population. That’s what we’re designed to do,” Vanessa says.

Why tackle poverty through business instead of through a nonprofit or other avenue?  “Both my parents were entrepreneurs, so that was always naturally my toolbox that I go to for thinking about solving problems,” she says. “Business is just a fantastic tool for people who are highly impatient to get done what they want to get done.  And I think the tools, skillsets, strategies and philosophies can be applied to nearly any problem, whether it’s social or logistical or whatever it is.”

Vanessa admits her route to entrepreneurship was still a bit circuitous. In the quest to learn ways to tackle poverty, she majored in Economic Development at Princeton with a focus on Latin America. “I checked out the Foreign Service, and interned with the embassy in Guatemala thinking that was going to be it, but no, that wasn’t my cup of tea.”

By the time she went for her MBA at Harvard, she says, “I knew that I wanted to start a business in Miami that would provide a product or service that was for low-income people.” At Harvard Vanessa studied business models for the “base-of-pyramid” — referring to the 4 billion people making up to only $5 a day, whose output represents one-third of the world’s economy — and created WorkSquare’s business plan as part of an independent study course.

She settled on starting a staffing agency after talking with job-seekers standing in the parking lots of day-labor companies, which Vanessa describes as “nasty, nasty enterprises where the worker has no negotiating power whatsoever.”

During one early-morning parking lot visit she talked to two day-laborers. “One of them had just emigrated from Honduras and was clearly a carpenter, had great woodworking skills—and the next guy I talked to basically said that he was a junkie and showed up every two weeks when he needed some cash.”

Vanessa decided to find a way to identify those workers who have initiative, the desire to work, and a good work ethic, and reward them with steady employment. “Absolutely, employers are more than happy to pay a dollar or two dollars more an hour for the employees they actually know are going to be hardworking and reliable,” she says.

When Vanessa first launched WorkSquare, getting the company certified as a B-Corp wasn’t on her radar. Indeed, B-Corp certification was yet in its infancy. But it became a significant part of Vanessa’s world when she applied for a grant from the Hitachi Foundation. “Part of the grant application was doing the B-Impact Assessment,” she says, referring to the self-evaluation process candidates must complete—and score well on—in order to qualify for the badge of honor. “If you were one of the fellows that [The Hitachi Foundation] selected, they paid for your first year’s certification fee and got you certified.”  WorkSquare got selected.

In a video that announced Vanessa winner of the 2012 Yoshiyama Young Entrepreneur Award, Barbara Dyer, President and CEO of The Hitachi Foundation, said WorkSquare is an ideal example of “creating real opportunities for upward mobility for low-wealth Americans, using the tools of enterprise.”

“I’m a huge fan and a sort of champion of the B-Corp movement” Vanessa says, describing Certified B-Corps in terms synonymous with Conscious Capitalism: “There’s value in how they run the business, not just in the product or service they happen to be creating.”

As a B-Corp, Vanessa has devoted much time and energy to strengthening and transforming WorkSquare, which in turn has impacted the South Florida community with hundreds of jobs for minority workers. That is why the Miami Chamber of Commerce named her their 2014 Young Entrepreneur of the Year.

Today WorkSquare’s daily operations are run by a hired executive, while Vanessa serves as Chair. We chatted with her in Miami as she was working to transition WorkSquare’s required employee training program into an online curriculum. They’ve already made computers available in their office for employees across the digital divide.

While she remains actively involved in WorkSquare, however, Vanessa and a handpicked team are also involved with startups 6,000 miles away. “We just ran a contest in Israel looking for companies that we think would be fantastic B-Corps. We are just in the process now of certifying the first six B-Corps in Israel and we raised some philanthropic money to help cover their certification fee.” Vanessa credits this endeavor to her experience with the Hitachi Foundation. “I actually stole their model a little bit,” she says.

If that weren’t enough to keep her busy, Vanessa says, “I’m developing now an angel network of impact investors to invest in Israeli companies with strong social impact.” The idea was inspired by her attending several Investors’ Circle pitch events starting in 2012. “It’s really an amazing group …They’ve been able to deploy nearly $200 million in investments in impact deals in the 20 years or so that they’ve been around. It’s fantastic. I’m now looking to replicate that so that angels in the U.S. can help fund some of these jaw-dropping companies in Israel.”

Life may be a bit hectic working with one foot on each continent, but Vanessa wouldn’t have it any other way. “I’m just addicted to being a cash-strapped entrepreneur,” she laughs. “But every morning I wake up and I’m thrilled and totally jazzed to be hopping out of bed and going to work on what I’m working on. It’s an incredible gift. It’s amazing.”